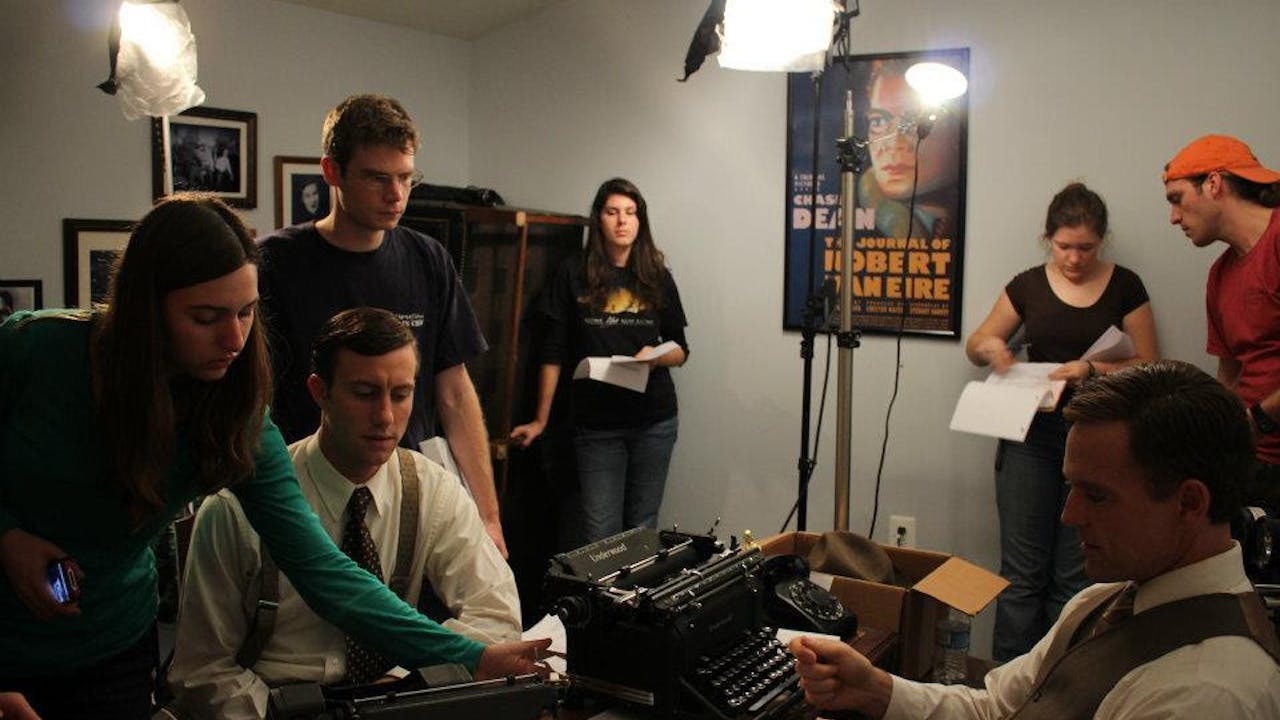 This bundle includes the full movie, plus over 2 hours of how to "Make a Micro-Budget Film." You also get Special Features and other Filmmaker Bonus materials. (See the 10 minute 'How To' preview trailer from Producer David Cook.)

STORY: Hollywood, 1940s. Stewart Harvey (Jeff Rose) is a washed-up screenwriter with one last chance to save his career. The catch: he has to partner with the young, eager Chip Leninskovich (Jason Burkey) to write a feature script in twenty-four hours. As the clock ticks, ideals clash and secrets are revealed in a story of friendship, swell dialog, and great endings!